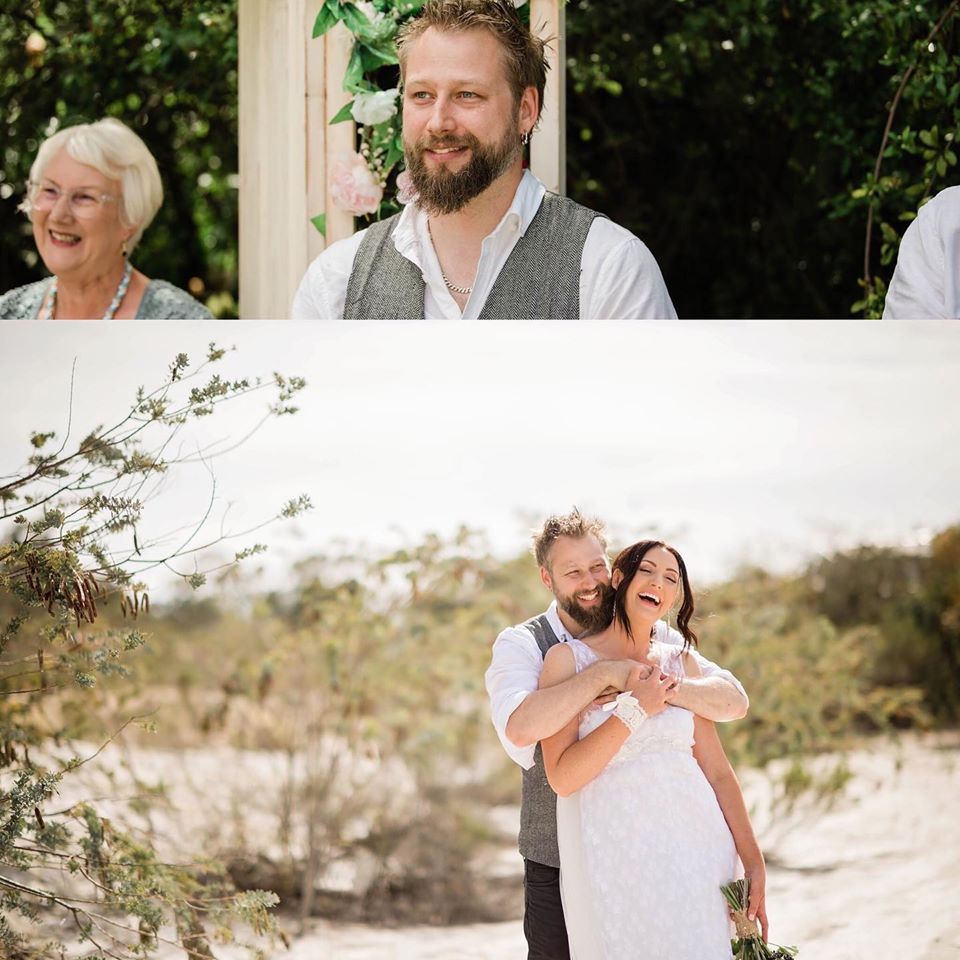 Kayla and Harley are the most lovely couple. They have already been together for twelve years and have two of the most delightful little daughters imaginable!

When we started chatting  Kayla  was very unsure about what style of wedding she wanted or where it could be held. She knew she wanted a very private, intimate ceremony with immediate family and a few of their closest friends.

Kayla described her idea as a cross between vintage and boho…so we brainstormed some ways to make that happen.We decided to incorporate a hand fasting in the boho/ traditional style and  then we decided on some ways to include their little cherubs. I suggested that the girls were each given a role to pass the rings to mummy and daddy. They could also   “sign” a Family Certificate after the official signing.

I also found out after the ceremony that Kayla wore the same wedding dress that had been made by her grandmother for Kayla’s mother 40 years ago! What a beautiful honour! Kayla looked absolutely stunning and it was the perfect blend of vintage and modern styling!

It was a magical day!